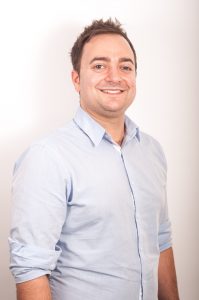 Adam qualified from the prestigious Guy’s, King’s and St Thomas’ Dental Institute in London and was awarded the British Society of Prosthodontic Elective Prize; for his audit on dental implants to replace missing teeth. An award he presented nationally. Adam also won the national British Medical and Dental Student’s Trust award, for his implant project and became the first person ever to receive the Alumini of King’s College London Award. He previously gained an Honours degree in Biomedical Science with Enterprise from the University of Sheffield.

He completed his dental foundation training in the highly regarded Oxford Deanery and began studying for his Diploma in membership to the Joint Dental Faculty of the Royal College of Surgeons (MJDF RCS UK).

Adam has been very popular with patients since joining in 2014; and has since completed further training with the International Team For Implantology to enhance his skills in using the latest techniques in dental implants. Adam received a national award in 2017 for placing over 100 implants in a year. He now accepts referrals for dental implant treatment and extractions from general dental practitioners across the West Midlands; and has late appointments available to accommodate your busy schedule. Adam also has a Postgraduate Certificate in Restorative and Aesthetic dentistry providing both implant and cosmetic solutions for patients.

Adam enjoys all aspects of dentistry and recognises his greatest skills are caring for anxious and nervous patients; and has undertaken further training in sedation to help. You can be assured Adam will put you at ease through his caring and empathetic approach.

Adam has recently attended lectures in Chicago, Dubai, Holland and Malaysia. Outside of dentistry Adam enjoys running half marathons for charity, swimming, spending time with his niece Aurora and nephew Xander.