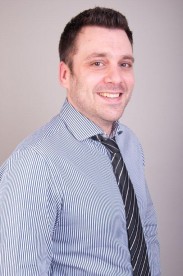 Ricky qualified from the University of Liverpool in 2011, having worked in health previously to this for a number of years in alternative roles including the West Midlands Ambulance Service and numerous hospitals. Since qualifying Ricky has worked in two postgraduate training posts in general dentistry, oral surgery and restorative dentistry. He has also spent some time working abroad in New Zealand. Aside from a Dentistry degree, Ricky also has a BSc (hons) Forensic Science and an Ma in Bioethics and Medical Law.

Ricky provides a holistic, whole approach to dentistry and puts patients at the ease by putting them at the centre of decision making. Ricky provides the full range of dental treatment in a relaxed environment, particularly enjoying working with whole families.

Click here to return back to the rest of the team.